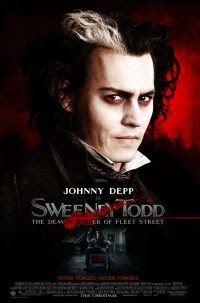 Sweeney Todd is coming out very soon. I am soooo excited! Johnny Depp is one of my favourite actors in Hollywood i would love to see him in a musical. If you're wondering who else is in the movie, well.. Helene Bonham Carter is in, Alan Rickman and Timothy Spall (Harry Potter), and Sacha Baron (Borat). Its a star casted movie.. now, who wants to miss this movie? dont count me in. I'll be first in line to buy tickets when the movie reaches Malaysia (hurry up laahh!!)

Here's a movie review i got from About.com :

"Barber Benjamin Barker (Johnny Depp) has his life – and beautiful wife and child – ripped away by the corrupt, power-crazed Judge Turpin (Alan Rickman). Sentenced to prison for a crime he didn’t commit, Barker has only the memories of his family and the image of Judge Turpin to keep him company as he whiles away time in jail.

15 years after Turpin tears apart his world, Barker leaves prison and returns to London, his mind consumed with thoughts of revenge. Renaming himself Sweeney Todd, the crazy-haired barber pays a visit to unsuccessful businesswoman/pie baker Mrs Lovett (Helena Bonham Carter), moving back into the empty apartment over her restaurant where he used to reside with his wife.

Mrs Lovett, the baker of inedible pies, tells Sweeney Todd that after he was sent away his poor wife took poison rather than remain with the judge. Her sad tale serves to help fuel Sweeney Todd’s lust for revenge. With his razors sharpened and ready for duty, Sweeney Todd and Mrs Lovett begin to cook up ways of getting even with the wicked Judge Turpin. Sweeney Todd’s obsessed with the idea of making Judge Turpin pay for what he did to his wife and for continuing to hold his angelic teenage daughter against her will in his home.

As Sweeney Todd’s rage and despair deepen, he and the loyal Mrs Lovett – who has her eyes on Sweeney Todd as more than just a tenant - concoct a plan which will not only take care of Judge Turpin, but will also have customers lining the streets for Mrs Lovett’s suddenly tasty meat-filled pies (stuffed with a new secret ingredient). The old adage about killing two birds with one stone has never been as appropriate as it is when applied here."

Okayy.. that was rather long. But hey, im promoting the movie for FREE but i dont care coz i love Johnny Depp. i think i have watched all his movies. he's a spectacular actor! dont u guys agree??

Oh, and by the way AllMalaysia is having a contest on this movie.. so just click the link for more details. Below are still pictures of the movie.. dont forget to catch the movie :-) 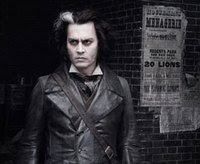 Anonymous said…
Hello. This post is likeable, and your blog is very interesting, congratulations :-). I will add in my blogroll =). If possible gives a last there on my site, it is about the CresceNet, I hope you enjoy. The address is http://www.provedorcrescenet.com . A hug.
January 14, 2008 at 7:51 AM

Popular posts from this blog 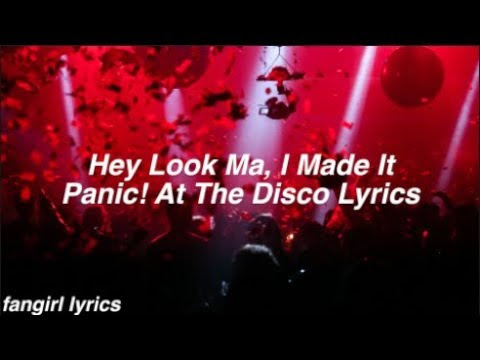 Panic! At The Disco (P!ATD) has been one of my fav band of all time. Been listening to them since their first song (2003 i think?!) til now. I just love how clever their lyrics are especially in this song. The 1st verse compares being a musician to being a hooker selling songs, while in the 2nd verse goes on describing honeysuckle phonies having any level of success can attract. The entire song, in my opinion is a reflection of the burdens of success and the struggles one might encountered to get there.    I guess that is why i'm so attached to this song as you know, success is not easy to achieve but the journey (the hardship, the blood and sweat) will certainly be worth it in the end.
Read more

The penguin shines across the loving hydrogen.

Wednesday, October 13, 2010
Yes. After all the years of blogging i have finally given in to making money through blogging. It's not that i don't have any source of income i just want to try out new things. If i can make some money through this then good. But if i don't it's still ok because i don't intend to make this as my main source of income. The Penguins Shine Across The Loving Hydrogen ..and i want to shine like them. haha does that make any sense to you? :) It's the middle of the week! Yeayy!
Read more

Carbs for my love 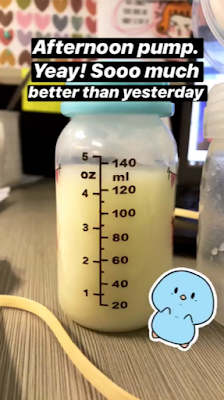 I'm almost 8 months post-partum. To be honest I sill haven't gotten back into my pre-pregnancy weight. I tried dieting but since i'm breastfeeding it's so hard. I get hungry easily LOL. Dieting for me means not taking much carbs like rice but the thing is, rice especially  brown rice is my milk booster. The other day, I only had fruit juice for breakfast and fried spaghetti for lunch. I pumped for 40 minutes and got only 1oz. Diet plays a significant role in producing milk so I can't afford to diet now. So this morning I had oat + banana smoothie for breakfast and brown rice for lunch. This afternoon, I pumped nearly 5oz.. I'm one happy mommy! Almost 5oz ! I learned that different people will have different type of milk booster food. When my baby was still a newborn, I was told to drink young papaya soup. I tried but the result wasn't as good as oats and rice for me. Oh, and drink lots of fluid :) The truth is, you don't need to spend alot
Read more

WEATHER IN MY PARADISE

who is online counter blog counter